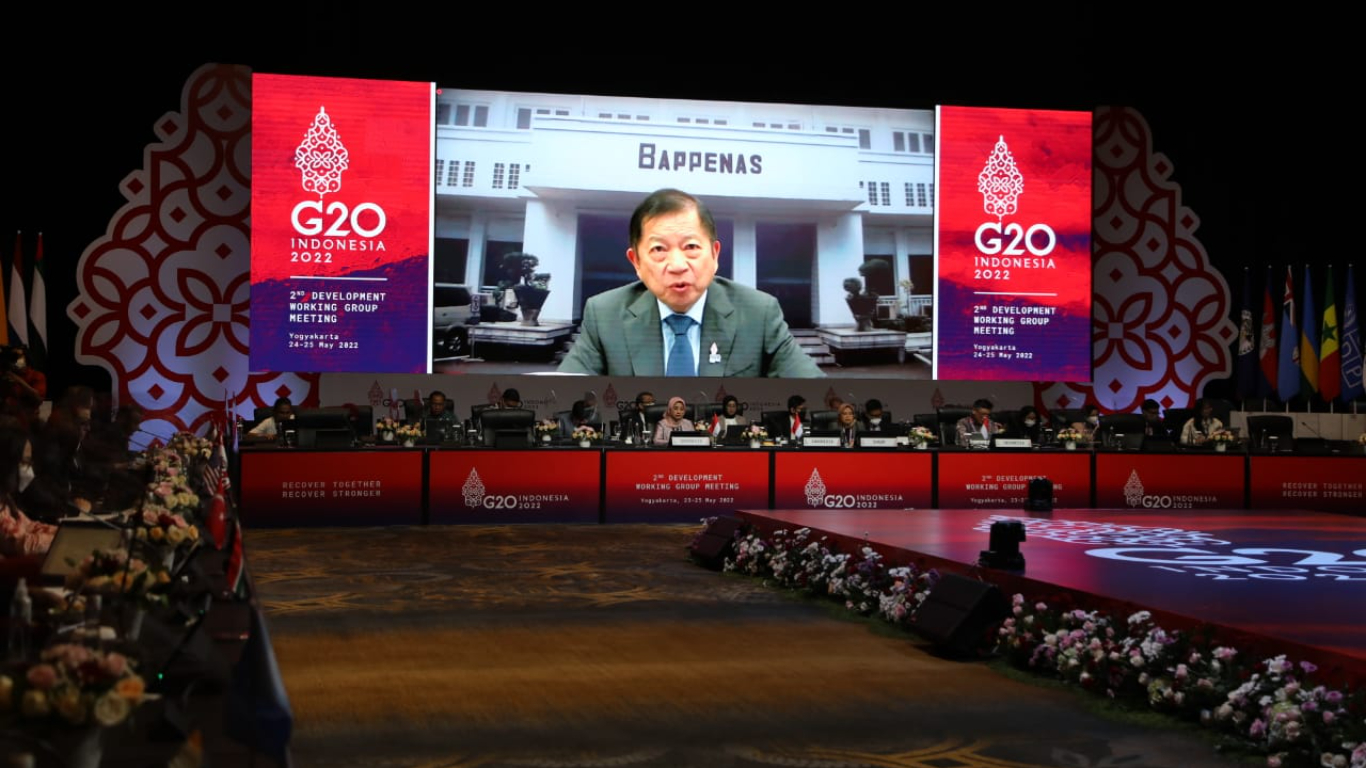 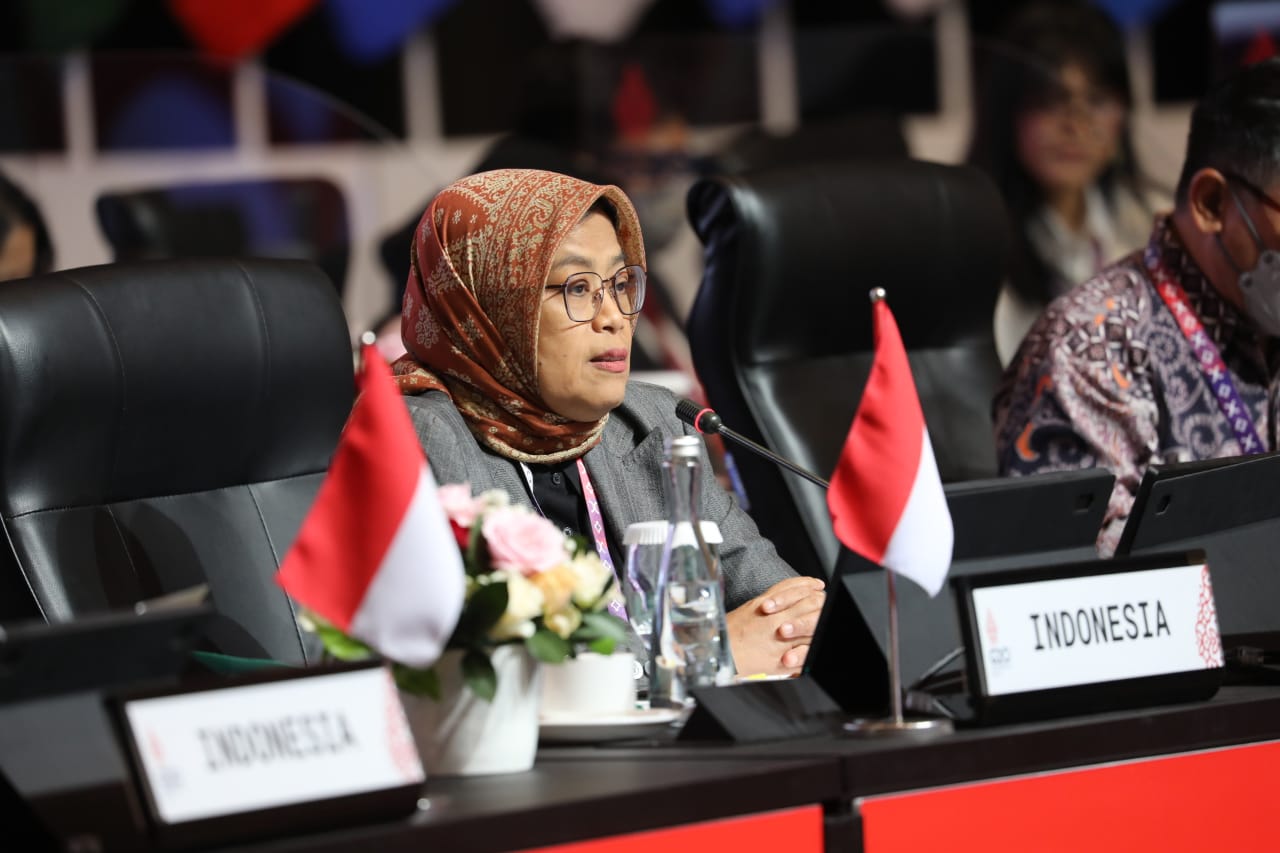 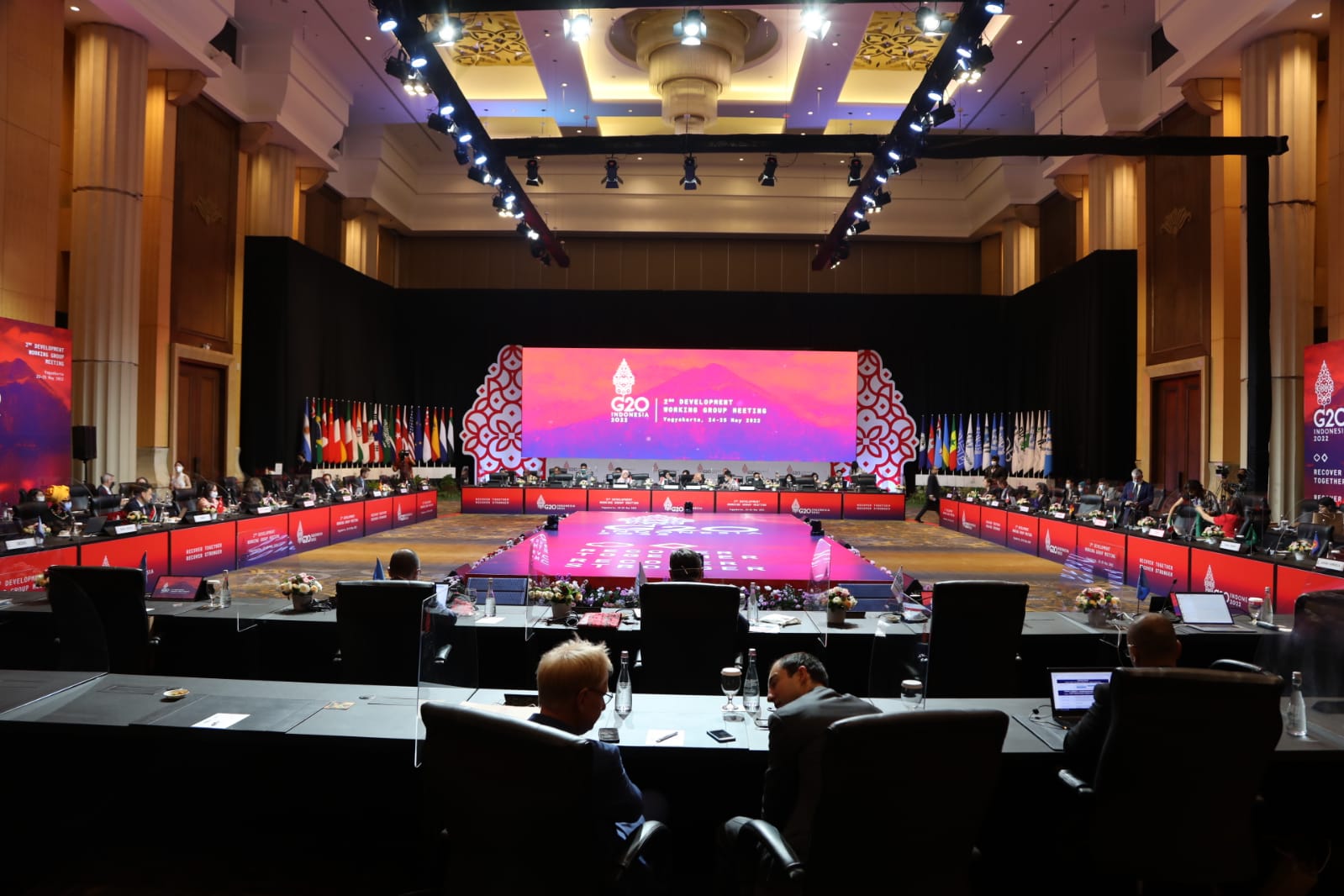 The Minister of National Development Planning/Head of Bappenas Suharso Monoarfa highlighted the importance of mutual understanding and cooperation between all G20 member nations to ensure the success of their development goals. “I believe that each country has its own unique positions and diverse perspectives in the process, but I believe we share the same common goal. That is, to foster stronger recovery and to achieve Sustainable Development Goals,” Minister Suharso said at the first day of the 2nd Development Working Group (DWG) Meeting in Yogyakarta, Tuesday (24/5).

Organized by the Ministry of National Development Planning/Bappenas as part of Indonesia’s 2022 G20 Presidency, the 2nd DWG Meeting is held in two separate sessions between May 24 and May 25, inviting input from G20 member states. Two main priorities were discussed during the first day, including Priority 1 – Strengthening the Recovery and Resilience in Developing Countries, Least Developed Countries (LDC) and Small Island Developing States (SIDS) to Withstand Future Crises; and Priority 2 – Scaling up Private and Blended Finance. “We are now presented with unprecedented development challenges, which are amplified by the ongoing pandemic and the rising geopolitical tensions. It is only through a renewed multilateralism that we can pass this challenging period,” the Minister added.

The discussions that took place at the 2nd DWG Meeting are an important part in the preparation of the Zero Draft of the G20 Roadmap to Stronger Recovery and Resilience in Developing Countries, LDCs and SIDS, as well as the Zero Draft of the G20 Principles in Scaling Up Blended Finance in Developing Countries, LDCs, and SIDS. “Indonesia, particularly, has identified three focus areas, namely the Micro, Small, and Medium Enterprises (MSME) industry, adaptive social protection, as well as a green and blue economy through Low Carbon Development,” said the Ministry of National Development Planning’s Director of Multilateral Funding and Co-Chair of the G20 DWG Raden Siliwanti.

On the second day of the 2nd DWG Meeting on 25 May, the priorities that are planned to be discussed are Priority 3 – Renewing Global Commitment to Multilateralism for Sustainable Development; and Priority 4 – Coordinating the Progress of Achieving the SDGs in the G20 and Updating G20 Development Commitments.

About the Development Working Group

The Development Working Group (DWG) is one of the working groups of the 2022 G20 Indonesia Presidency which aims to discuss development issues in developing countries, least developed countries (LDC) and island countries (Small Island Developing States/SIDS). The DWG was first formed at the 2010 G20 Summit in Toronto, Canada with the main task of discussing the G20 priority agendas in the field of development. The DWG identifies development challenges, and then formulates the best solutions to promote economic growth in developing and low-income countries as an effort to mitigate the global financial crisis.

During the Indonesian Presidency of the G20 in 2022, the DWG raised four priority issues, namely 1) Strengthening Recovery from the Covid-19 Pandemic and Ensuring Resilience in Developing Countries, Underdeveloped Countries, and Archipelagic Countries through the three key pillars of MSMEs, Adaptive Social Protection, and Low-Carbon Green and Blue Economies; 2) Increasing Private and Blended Financing in Funding Sustainable Development in Developing Countries, Underdeveloped Countries, and Archipelagic Countries; 3) Renewing the Global Commitment to Multilateralism for Sustainable Development; 4) Coordinating the progress of achieving the SDGs in the G20 and updating the G20 Development Commitments.

As the focal point for DWG, Ministry of National Development Planning/Bappenas organized the 1st DWG Meeting in Jakarta (24-25 February) and the 2nd DWG Meeting in Yogyakarta (23-24 May). A 3rd DWG meeting will be held in Bali between the 9th to 11th of August 2022. The G20 Indonesia Presidency will also hold the G20 Development Ministerial Meeting in Belitung on the 7th to 9th of September 2022.