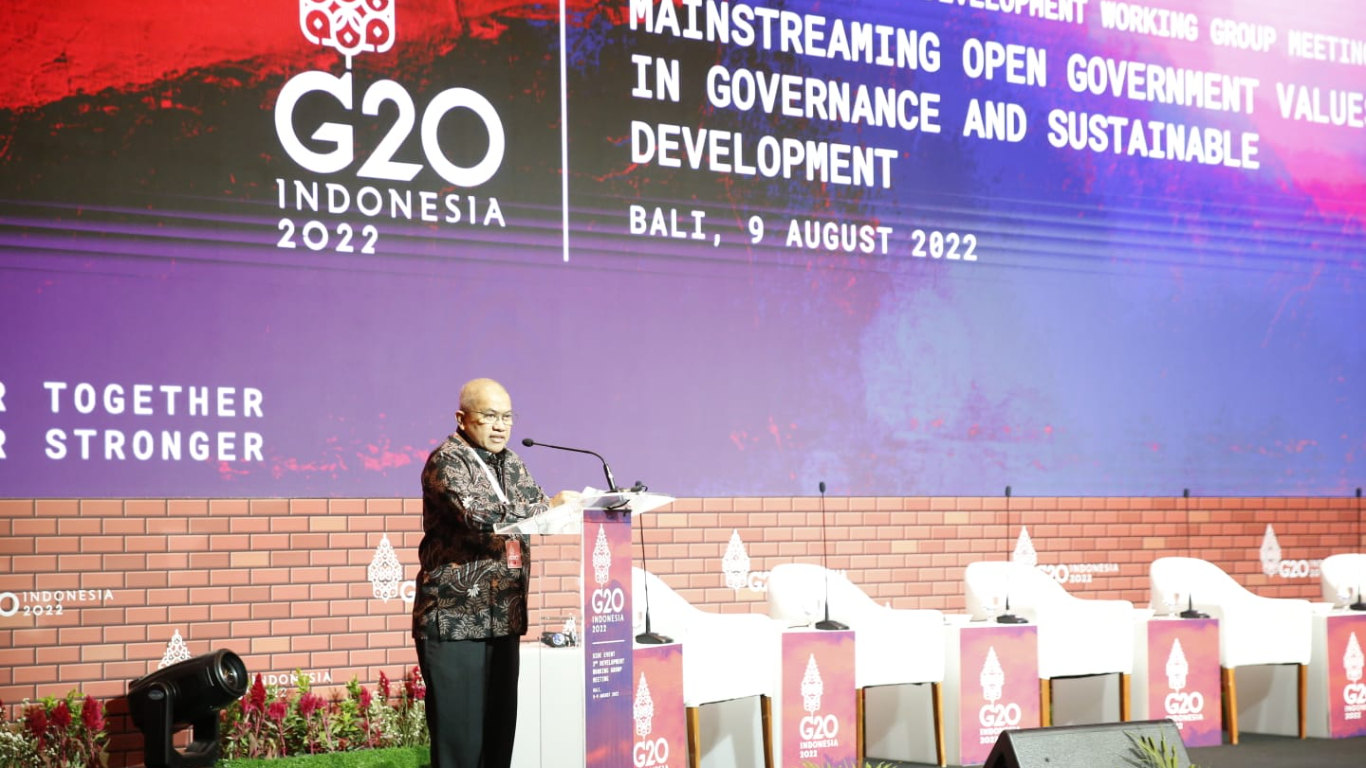 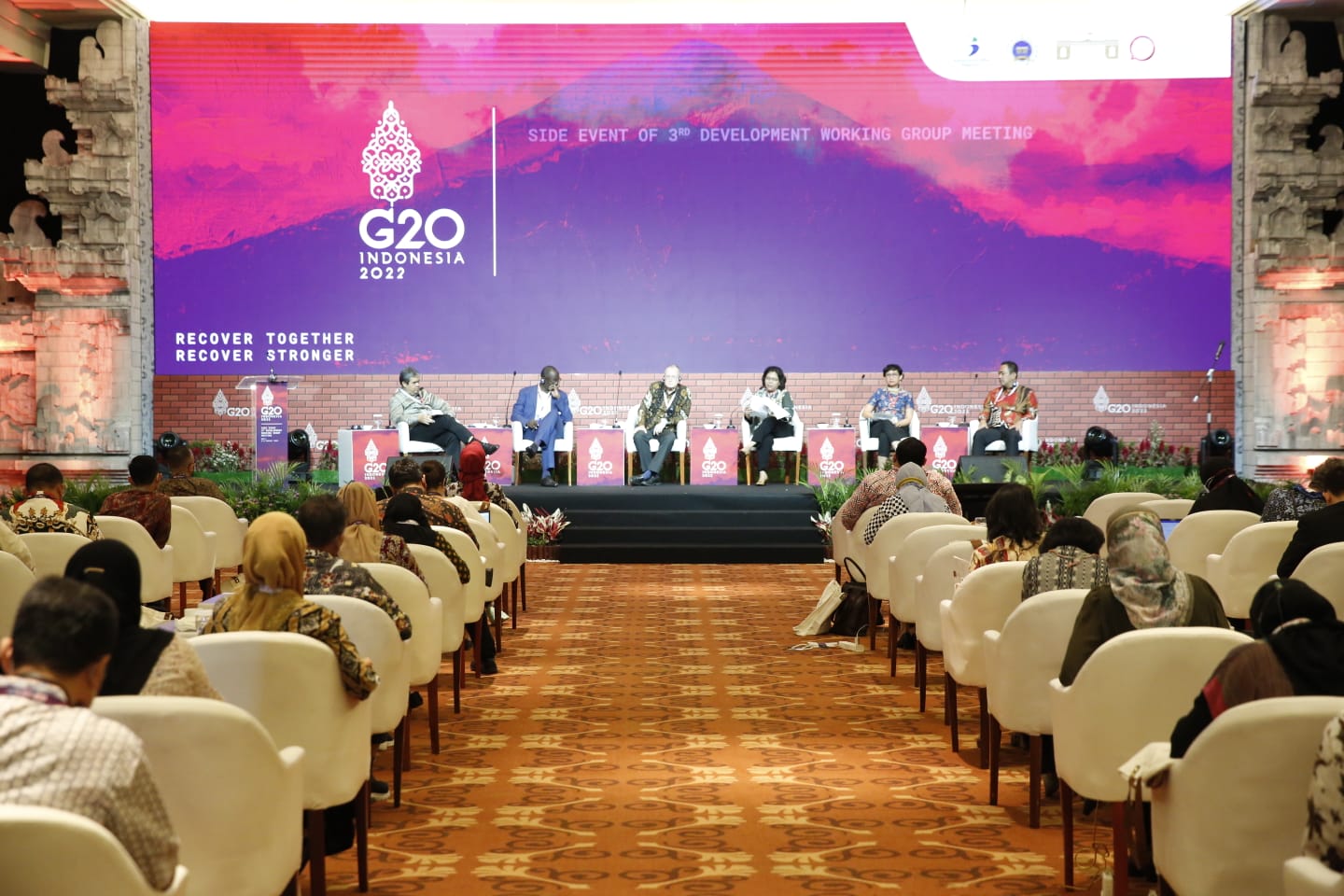 Being a part of the Open Government Partnership is seen as a crucial way to help Indonesia fulfill the targets of the Sustainable Development Goals (SDGs). Despite the progress since joining the partnership, Indonesia experienced a substantial roadblock in the form of the Covid-19 pandemic in 2020, hence affecting the country’s ability to fulfill the goals at an effective rate.

“About 18 out of 289 SDGs target indicators experienced a decline in progress in 2020 due to the Covid-19 pandemic,” explained the Ministry of National Development Planning/Bappenas’ Acting Deputy for Politics, Law, Defense, and Security Slamet Soedarsono at the “Mainstreaming Open Government Values in Governance and Sustainable Development” side event at the 3rd G20 Development Working Group (DWG) Meeting in Bali, Tuesday (9/8).

“In order to alleviate this slump and get back on track, it requires the strategic effort of all parties involved government bodies, academics, philanthropists, and communities, to jointly contribute towards sustainable development,” Slamet added.

The strategic co-creation initiative was created by the Open Government Partnership and is practiced by its member countries, including Indonesia. Community involvement is one of the most important values of government openness and transparency, with the objective being the realization of better public policies. This objective will also become a reference for other side-event discussions, which aim to discuss co-creation and collaboration practices, challenges, as well as strategies and joint efforts that can be done to achieve the SDGs and produce potential steps for the G20 DWG to play an active role in advocating the values and practices of open government.

The method of co-creation has produced significant benefits for communities around the world, including Indonesia, in sectors such as health and education. Co-creation and partnerships are seen as a crucial method for Indonesia to achieve the SDGs targets by 2030. The side event, which took place at the Nusa Dua Convention Center, was also attended by the Open Government Partnership’s Steering Committee as well as Twaweze East Africa, Executive Director Aidan Eyakuze, the LKPP’s Director of Business Climate Development and International Cooperation Dwi Wahyuni Kartianingsih, Semarang Mayor Hendrar Prihadi, the UNDP Officer in Charge Nicholas Booth, the Philippines’ Under-Secretary for the Department of Budget and Management Rolando U. Tuledo, Tifa Foundation Executive Director Shita Laksmi, and the International NGO Forum on Indonesian Development (INFID) Executive Director Sugeng Bahagijo.

About the Development Working Group

The Development Working Group (DWG) is one of the working groups of the 2022 G20 Indonesia Presidency which aims to discuss development issues in developing countries, least developed countries (LDC) and island countries (Small Island Developing States/SIDS). The DWG was first formed at the 2010 G20 Summit in Toronto, Canada with the main task of discussing the G20 priority agendas in the field of development. The DWG identifies development challenges, and then formulates the best solutions to promote economic growth in developing and low-income countries as an effort to mitigate the global financial crisis.

During the Indonesian Presidency of the G20 in 2022, the DWG raised four priority issues, namely:
1) Strengthening Recovery from the Covid-19 Pandemic and Ensuring Resilience in Developing Countries, Underdeveloped Countries, and Archipelagic Countries through the three key pillars of MSMEs, Adaptive Social Protection, and Low-Carbon Green and Blue Economies
2) Increasing Private and Blended Financing in Funding Sustainable Development in Developing Countries, Underdeveloped Countries, and Archipelagic Countries
3) Renewing the Global Commitment to Multilateralism for Sustainable Development
4) Coordinating the progress of achieving the SDGs in the G20 and updating the G20 Development Commitments.

The DWG’s focal points, organized by the Ministry of National Development Planning/Bappenas, are the 1st DWG Meeting in Jakarta (24-25 February) and the 2nd DWG Meeting in Yogyakarta (24-25 May). A third DWG meeting will be held in Bali between 10 August to 12 August 2022. The G20 Indonesia Presidency will also hold the G20 Development Ministerial Meeting in Belitung on 7-9 September 2022.